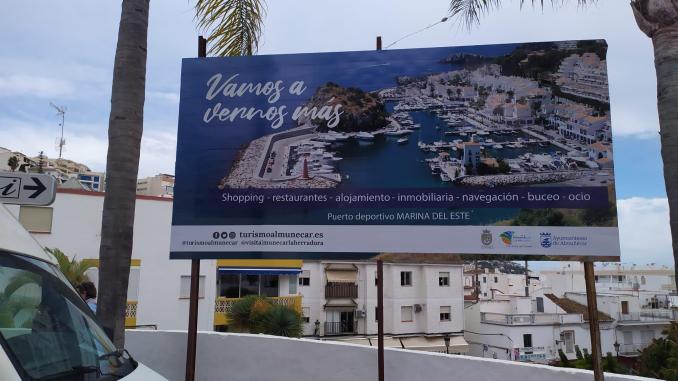 The Municipal Tourism Board of Almuñécar has launched the promotion of the Marina del Este marina complex with the motto “Let's see each other more”.

The campaign aims to “give more diffusion, not only to port facilities and services, but of the entire complex that stands around the port precinct as they can be restoration, commerce, Diving, Accommodation, real estate or leisure, that make the place a unique space on the Costa Tropical”,  as stated by the Councillor for Tourism, Daniel Barbero. And it's that Marina del Este“is the only marina on the Costa de Granada, nestled in a unique place for natural beauty, that make it even more attractive to the nautical sector and all those sailing enthusiasts, given the quality of their facilities”, has indicated Barbero.

Marina del Este marina manages 227 bevels with a maximum length of 30 it has a boathouse dedicated to the repair of boats that serves all boats in the area. Near it are located rich seabeds that make the place a privileged area for divers, because you can also practice this sport 365 days of the year given the spelling conditions. Highlights include the cliffs of Punta de la Mona and the Natural Marine Park of the Cerro Gordo-Maro Cliffs, places declared as a Specially Protected Zone. There are also several beaches near the port, including some naturists and a wide range of hotel and leisure, not forgetting the monumental and archaeological richness of Almuñécar, with more than 3.000 years of history.

The Mediterranean marine group, entity that manages the concession of the Marina del Este marina, thanked the City council of Almuñécar for launching this campaign to promote, that coincides with provincial reopening,  and you're sure to see the results very soon.

Also, recalled that from the various communication channels of Marinas del Mediterráneo (press releases, social media, mailings campaigns…), continued diffusion of Almuñécar, the Costa Tropical and the province of Granada in general, highlighting his goodness through information about gastronomy, leisure, culture, Etc.

Certainly the union makes strength and such actions are always beneficial for all.

We share some of the national and local media links that have echoed the news: