Almuñécar is a town located in the Costa Tropical de Granada, close to the border with the province of Malaga and on the shores of the Mediterranean Sea. In its hamlet of La Herradura and in the natural landscape of Punta de la Mona we find the marina of Marina del Este. It has 227 docking points and a dry dock that provides repair service to all boats in the area, all managed by Marinas del Mediterráneo.

A privileged place, between the sea and the mountain, in a natural environment and with an ideal tranquility to be visited at any time of the year. Next, we invite you to know five reasons why dock in the marina of Marina del Este and visit Almuñécar.

One of the great attractions of the Costa Tropical of Granada is its splendid climate. With 320 sunny days and a pleasant temperature throughout the year, it is an ideal destination to visit at any time of the year, with a temperature that is around the 18ºC on average in winter. Its proximity to the African coast and the Sierra Nevada, highest altitude point of the peninsula give it these unique climatic conditions for which it receives the name of Costa Tropical.

Almuñécar has a range of 26 beaches with crystal clear waters and coarse sand in which to enjoy an ideal stay for people looking for tranquility and fun. Next to the marina of Marina del Este is the Beach of La Herradura, wide and extensive. Tesorillo Beach, on the contrary, it's small and quaint, very visited by young people, and with finer sand. Cantarriján, on the edge of the border with Nerja, is a naturist and retreated beach where nudism is allowed. Velilla Beach, the most visited, has a promenade, children's play areas and a variety of bars and restaurants.

Almuñécar is one of the most famous places in Spain for the practice of water sports. Its crystal clear waters and the biodiversity of its seabed make it an ideal place for diving. It is also an ideal place for the practice of water sports like surfing, windsurfing, kayaking, paddle surf, fishing and sailing. In addition, for bicycle lovers, just a few kilometers from its marina there are a lot of mountain routes to enjoy outdoor sports.

One of the great attractions of docking in the marina of Marina del Este is its proximity to the capital of the province, Granada. A city that needs no introduction, known internationally, a jewel that receives several million tourists every year. A real luxury to enjoy the charms of the Alhambra or the Albaicin just over an hour from your boat.

One of the great singularities of the province of Granada is the proximity between the sea and Sierra Nevada, the highest point of the Iberian Peninsula. In Granada it is possible to ski and go to the beach or enjoy a day of sailing, all in the same day. Something unique in the world. One of the reasons why they make Marina del Este an ideal place to dock at any time of the year. 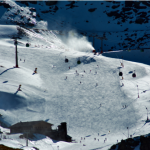 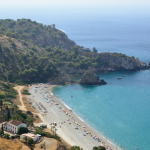 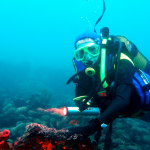 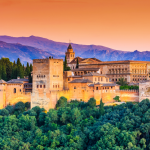 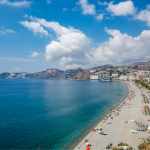