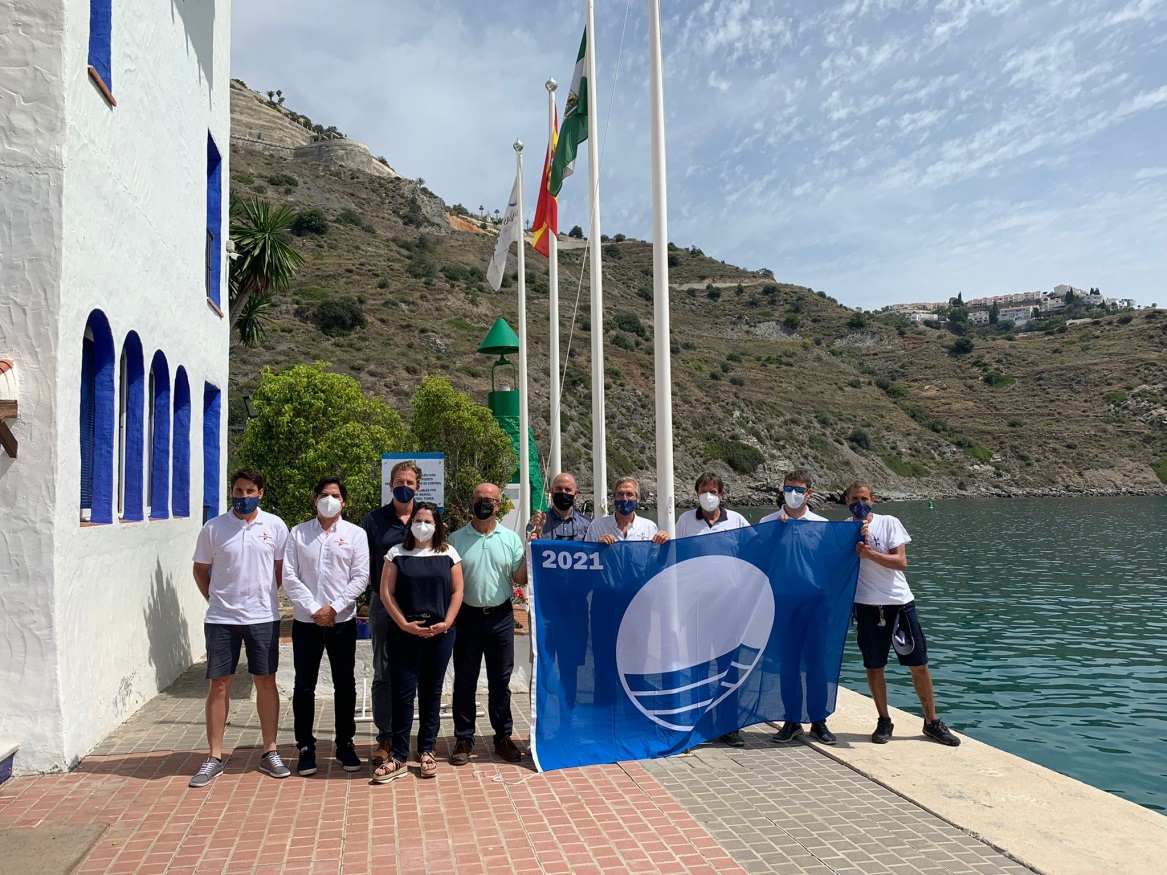 SHIPYARD serviceS, ship maintenance, wintering of boats, nautical services, wifi, laundry, restoration and leisure or water activities are some of the services offered by the Marina del Este Marina that, attached to a privileged environment such as the natural enclave of Punta de la Mona in La Herradura, make this port area an important tourist attraction in the area.

All this endorsed with the recognition of the quality of its services and facilities that certifies the distinctive of the Blue Flag. They're already 27 Years, although not continuously, those that this award flies in Marina del Este.

The Blue Flag also imposes as requirements that the marina carry out an adequate environmental management in which it encompasses a waste action plan, the quality of the port's waters, as well as a series of education and outreach activities for the population.

The blue flag raising ceremony was attended by the CEO of the Mediterranean Marinas Group, Daniel Martin; the Managing Director of the Group, Manuel Raigón; the Group's Chief Operating Officer, Alejandro Suanes; the head of Customer Service of the port, Eduardo Olivares,  as well as other companions who are part of Marina del Este.

On the part of the City Council of Almuñécar, have attended the Councilor for Tourism, Daniel Barbero and the mayor of Environment, Luis Aragón.

Manuel Raigón wanted to thank all the staff of the marina "for a job well done daily" and said that "this award involves a lot of effort but also a great satisfaction to receive it since it shows that we are doing things well and we abide by the legality and environmental quality required".

The recognition of the Blue Flag is granted by the European Foundation for Environmental Education (Fee) and the Association of Environmental and Consumer Education (Adeac) more than 30 years in recognition of environmental quality and are awarded following a comprehensive analysis of ADEAC technicians on safety conditions in the facilities, environmental and water quality, sustainable management, the services offered to the user, social integration, as well as the dissemination and formative work of each port.