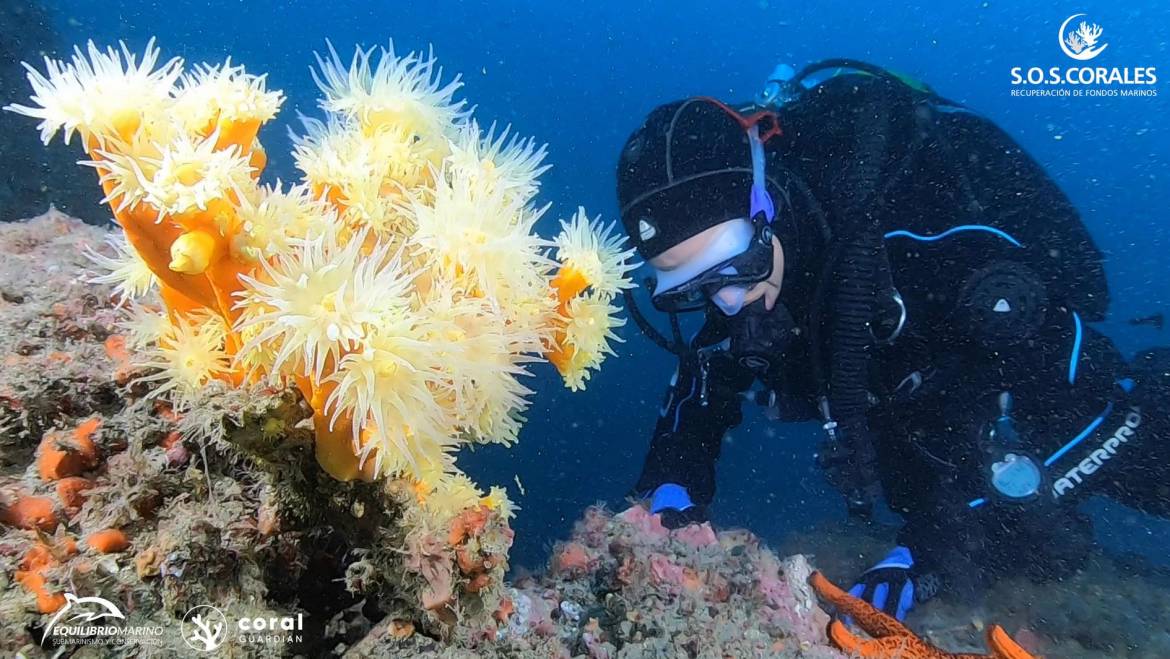 The Marine Balance Association has initiated the recovery program of the Candelabro coral and orange coral colonies within the SOS Corales project.

This is the first scientific coral recovery project in the Special Conservation Area “ZEC of the cliffs and bottoms of Punta de la Mona”, in the East Navy. This area is home to important coral populations that deteriorate and break due to ropes, Networks, sedals and rigging that get engsed in them. This is seriously damaging their survival and degrading this entire ecosystem, of high ecological value.

The Marine Balance Association project, so-called SOS Corales and in which the Mediterranean Marines Group collaborates by giving way as a port of support to carry out these actions, the Marina del Este port, aims to rescue as many colonies as possible using repopulation techniques to promote their recovery and prevent them from dying. In fact, this repopulation has begun with the first Candelabro coral plantation and its specimen, named Stuart, evolves favorably. Reported from Equilibro Marino “all dead polyps have recovered and are spread out to feed. We have a lot of work to do but we are very excited and motivated”.

All corals that are planted are monitored and tracked to study the recovery and growth process.