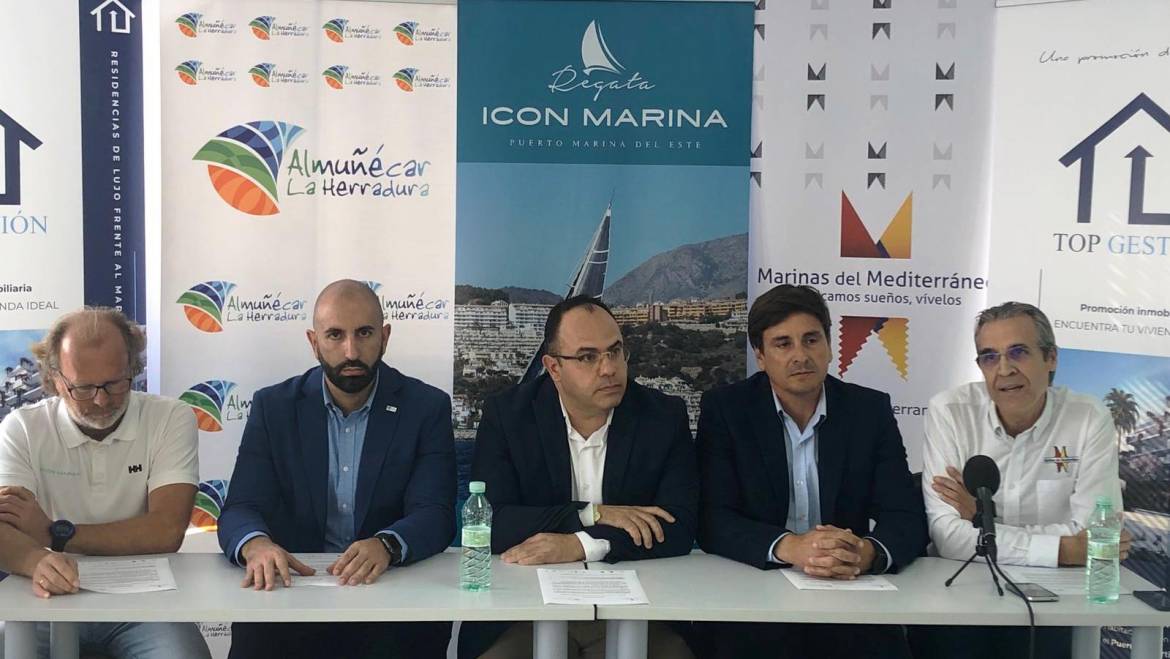 The Marina del Este Marina will be the headquarters of the II Icon Marina Sailing Regatta that will take place on days 14 And 15 March in the waters of Almuñécar and La Herradura. This regatta opens the calendar of competitions of large boats.

The director of marina Marina del Este, Manuel Raigón, was responsible for welcoming everyone and stated that "this regatta has the vocation to perpetuate itself in time". In this sense, he recalled that "one of the strategic lines of Marina del Mediterráneo is to develop the sport and what better than a sports regatta". Raigón thanked companies and people involved in the event and took the opportunity to invite everyone to enjoy the facilities of Marina del Este.

For its part, the deputy mayor, Juan José Ruiz Joya, after thanking the port and promoting companies for this initiative, explained that the ICON Marina Regatta, "will be held on a very special date as it is the gateway to the patron saint festivities of La Herradura". Ruiz Joya did not hesitate to state that "from the Mayor's Tenure and the Tourism Area we will support the organization so that this sporting event is a success as happened last year ".

The Councillor for Tourism, Daniel Barbero, stated that for the Tourism Area of Almuñécar-La Herradura "it is a very important event and more in a scenario like the Marina del Este that is a jewel and differentiating element that we have in La Herradura. This is a prestige test and we have had no hesitation in supporting it. We hope that the weather conditions will accompany and that the Herradura and Almuñécar will play to serve as another element of promotion".

Daniel Cuevas Stollery of the organizing company, Costa del Sol Nautical Events, explained that it will have 30 ships registered by invitation to participate in the II ICON Marina Regatta, explained the details and program that will have the regatta where boats from 9 To 18 Meters. On the first day there will be two departures from the ports of Malaga, at the 11 hours, and Motril, at the 12 hours, with arrival at the port of Marina del Este and will be a "very demanding" coastal regatta that will fill the coast with ORC cruise ships. Sunday will be the regatta in the area in front of San Cristobal or in the bay of La Herradura, depending on the wind. "The stretch from Malaga to Marina del Este has a total of 33 nautical miles, while the stretch from Motril to Marina del Este adds up 10 nautical miles, what will have the appeal of staggering over time the arrival of participants and achieving a continuous flow of sailors and boats", Said.

The second day of regattas will aim to revalidate the results of the first day, confronting the fleets that arrived from Motril and Malaga. It's going to be a fun day with a regatta of a few 10 miles in front of the Marina del Este port and according to the weather conditions and also enjoying the bay of La Herradura, points to the technical dossier of the organizers. End with the awarding of awards and recognitions.

Santiago Canales, representative promoter of the event with the company ICON Marina and Top management, after thanking Marina del Este and the Sexitan City Council for their support, said he hopes to relive the success achieved last year.

The ORC system, is an international handicap, based on measuring all parts of a sailing boat: Helmet, Appendices, Store, Candles, propulsion station, stability and displacement, accompanied by the shipowner's declaration regarding the assembly, Spreaders, Runner, crew weight, Etc , although it is based mainly on speed, translated to seconds x miles, relative to wind intensity and navigation angles.