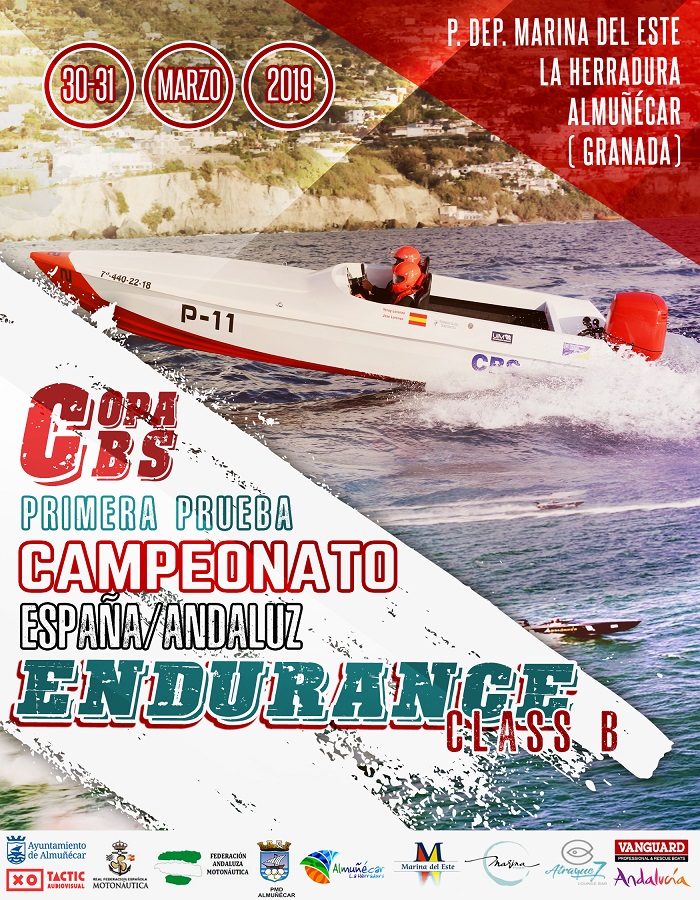 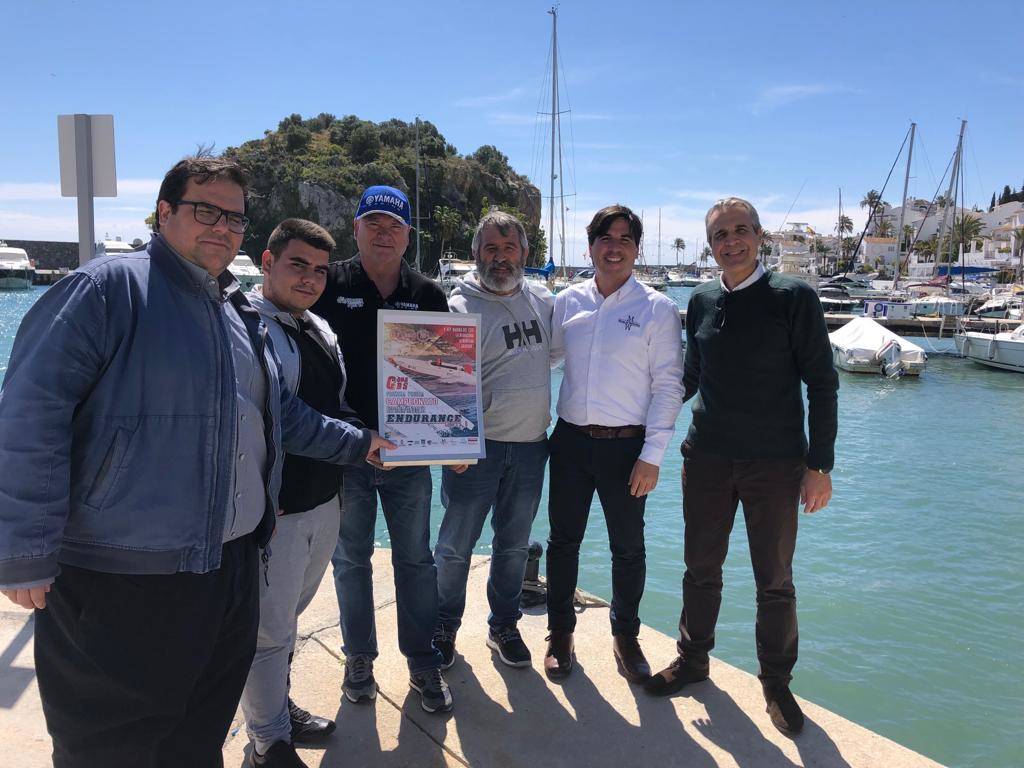 Rafael Caballero, Almuñécar City Council Council (Left.), Manuel Raigón, Director of the East Navy (Right.), next to Eduardo Olivares, responsible for port customer service along with pilots who will participate in the competition.

The first event of the Spanish and Andalusia Endurance Class B and CBS Cup will take place this weekend in the vicinity of the Marina del Este marina.

The test involves getting there as soon as possible by bypassing beacons and buoys on a circuit of 4 nautical miles, where they will employ 40 Minutes. Buoy A will be located near Mona's Tip and from there they will head to buoy B, next to the people of El Santo. A third buoy C located in front of the Helios Hotel on the beach of San Cristobal, to get to a D buoy at the height of the beach of China and from there to the finish line, near the mouth of the marina del Este.

The boats used for this type of competition are speedboats made of polyester fiber 850 kg of weight and meters in the long way and can reach a speed of 60 Knots,  A 110 km/hour.

The Councillor for Tourism, Rafael Caballero, noted that last year this test was brought to Marina del Este and "it was a very positive experience that we wanted to repeat this year due to the impact on the arrival of participants, family and amateurs who know Almuñécar and La Herradura. Also, highlighted the media impact achieved "which translates into viewers who know our city. If we also offer our coast for the practice of water sports, the promotion of Almuñécar and La Herradura, which is what we're after, is guaranteed." The Sexitan building wanted to thank the management of the port Marina del Este for its predisposition and the Andalusian Motonaututica Federation for choosing Almuñécar and La Herradura as the venue for this event.

For its part, the director of the Marina del Este, Manuel Raigón, has shown its satisfaction at welcoming this competition again, "in addition to its showiness, because it is in line with the approach that from the Mediterranean Marine Group we want to give to our ports. A nautical approach, that makes a lot of people come and meet us." Raigón also wanted to thank the Federation and the Municipality of Almuñécar "for the support, the dissemination of the event and institutional accompaniment".