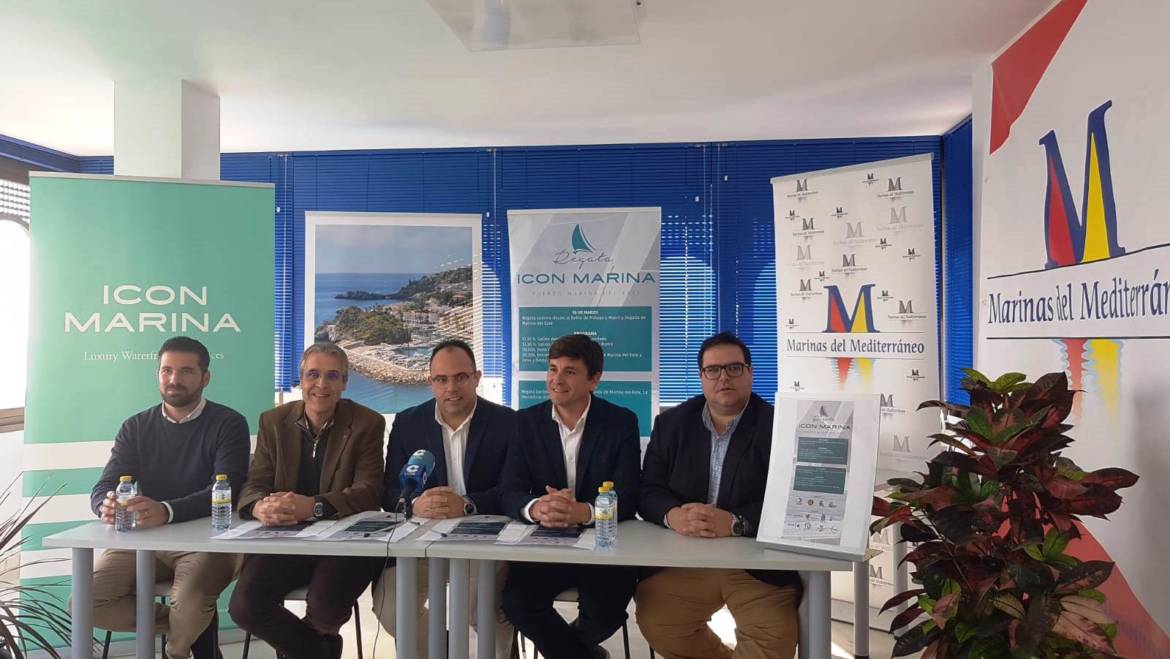 The official presentation of this regatta took place today in the facilities of the Capitanía de Marina del Este. The event was attended by the deputy mayor and the councilor of Tourism of the City of Almuñécar, Juan José Ruiz Joya and Rafael Caballero, Respectively; managing director of Marinas del Mediterráneo and director of Marina del Este, Manuel Raigón; Nacho Pastor, of the company Offshore Sailing Events Costa del Sol and Santiago Canales, promoter of ICON Marina.

The Icon Marina Regatta will take place on days 16 And 17 March in the surroundings of our Marina del Este. The regatta will consist of two coastal races with two distinct outings,  from the Royal Yacht Club El Candado and from the Royal Yacht Club of Motril and a single arrival point: Marina del Este Marina, the day 16 March. And another windward-sotavento regatta in front of the Marina Port of the East, by the 17th.

The setting of the Marina del Este is one of the most appreciated regatta areas in the Mediterranean for sailing lovers, thanks to the diversity it offers both for sea conditions and wind.

Registration must be formalized on the following website: vela.clubelcandado.com