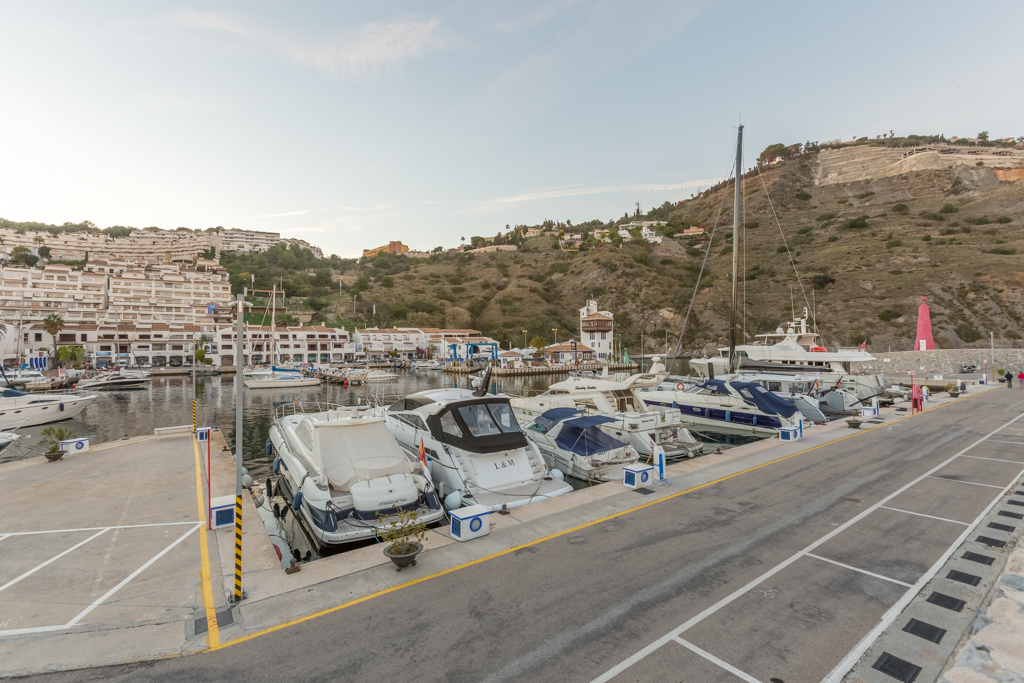 • Within the work framed in monthly planning has been carried out, among other performances, to deal with all the woods in the pantalanes and the annual review of the travel lift, stranding trolley and boatboom cranes.

Mediterranean Marinas, entity that integrates the concessionaire of the marina Marina del Este (Almuñécar), last September, more than thirty actions to improve the marina's facilities, as part of the work planned by the Operations Department of the Mediterranean Marine Group.

The maintenance work carried out in Marina del Este has been numerous. Highlights include the treatment carried out with flaxseed oil to the woods of the pantalanes, as well as the annual review of the travel lift, stranding trolley and boatboom cranes. It has also proceeded to dismantle and store the shaded structures of the gas station and to paint the green lighthouse.

Also, several actions have been carried out in terms of cleanliness, repair and painting of garden areas, Irrigation, streetlights and planters. The port bins have also been painted and electricity checks have been carried out, Cleaning, painting and repair, such as placing new sable sings, in some locations and terraces of the port enclosure.
The Operations Department of the Marinas Group of the Mediterranean maintains a series of actions that will gradually launch as is the installation of an access gate to the boathouse and the tower; the arrangement of the damage caused by the storm last February; the withdrawal of boats out of production; renewing the security camera system or beaconing the mouth.

For Alejandro Suanes, Director of Operations of the Mediterranean Marine Group, "compliance with these planned maintenance jobs are critical to maintaining the quality level of the port enclosure we offer our customers".

The Mediterranean Marine Group is made up of a group of companies dedicated to the management of marinas with more than 30 years of experience located in different geographical locations of the Mediterranean Coast. He currently runs the Port of Estepona, Port of La Duquesa (Manilva) and the Eastern Port of The Marina (Almuñécar). The group's purpose is to meet the needs of different groups of customers and strengthen their leadership in the Spanish market.