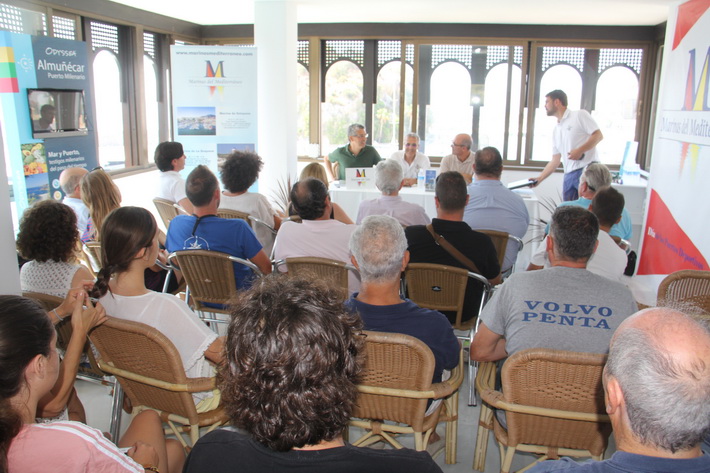 The coast of Almuñécar has several protected maritime spaces such as Cerro Gordo, the Peñones del Santo and Punta de la Mona. An informative talk has been held on the premises of our port by the head of the management of them, Rafael de la Cruz.

The informative talk on "the regulatory regulation of maritime activities in protected natural areas of the almuñécar coast", taught by Rafael de la Cruz Márquez, head of the Department of Protected Natural Spaces Management of the territorial delegation of the Ministry of Environment and Land Management in Granada and which had as its stage the Marina Marino del Este, aroused great interest and filled the planned capacity.

The act, promoted by the Environment Area of the City of Almuñécar and the collaboration of the Marina del Este marina, has been assisted by the environment councillor, Luis Aragón and the port director, Manuel Raigón who was in charge of introducing the speaker.

De la Cruz Márquez began his intervention by pointing out the various points of interest that the Sexitan municipality has in terms of natural areas of protection that, in addition to the best known as the Natural Site of Cerro Gordo, there are also the Peñones del Santo, the waters and cliffs of Punta de la Mona and the area between El Pozuelo and the municipality of Salobreña.

Following the relevant information, a colloquium was opened between attendees to clarify doubts about the aforementioned marine natural spaces.