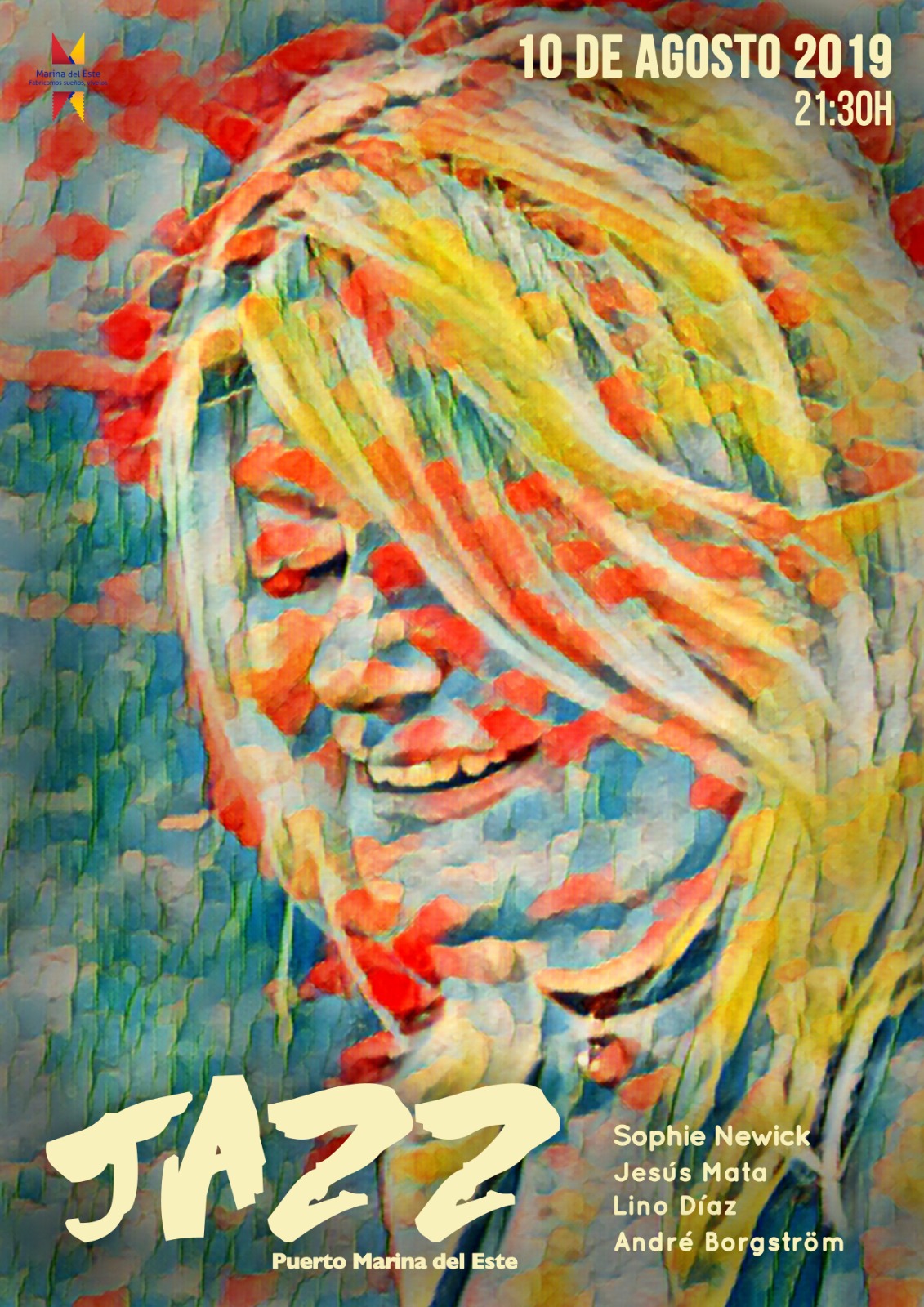 Jazz lovers have a new appointment this summer in Marina del Este. How did last year, the Puerto Deportivo Marina del Este has organized a night dedicated to this musical genre. The concert, that Saturday will be held 10 August, It will feature the performance of international artists such as Sophie Newick (vocalist), Lino Diaz (piano), Jesus Mata (SAX) and André Borgstrom (battery).

The venue of the show will be opposite the Esplanade of the dry dock of the Marina and will start at the 21.30 hours. The entrance is free.

Sophie Newick: singer-songwriter born in England. He has trained in Barcelona and Madrid. In 2017 He presented his first album of Jazz produced by Lino Diaz, entitled Dangerous Love which includes 12 original songs of different styles (within the genre of jazz), including "bossa" and "flamenco fusion". He is currently completing his second album titled Big City Blues, and that will be released this year.

Lino Diaz: born in Cuba. At the most 9 years has already begun to study Theory of Music and Choral Direction. Since then his career has been unstoppable in both training and participation in musical compositions, Performances, collaborations on musical projects, Etc. This Cuban based in Spain is a composer, Arranger, Guitarist, Singer, music teacher and pianist.

Jesus Mata: his early work as a musician began as a guitarist with his group Eskorzo. More interested in jazz and with sax and flute transverse as main instruments, moves to Madrid, where he studies modern music. There he enters the jazz by the hand of musicians like Gautama Del Campo, Adolfo Delgado or Bob Sands. It currently combines two projects, Yin Yazz and Costa Jazz Quartet, resident group at the Almuñécar International Jazz Festival.

André Borgstrom: born in Stockholm. With 5 years learned to play drums. He has played various musical styles and has recorded numerous albums with various artists. Currently it has specialized in Jazz playing with artists such as Ulf Anderson, Bill Ohrstrom or Max Schultz. He has recently played alongside Jesús Mata in the International Jazz Festival of Almuñécar.