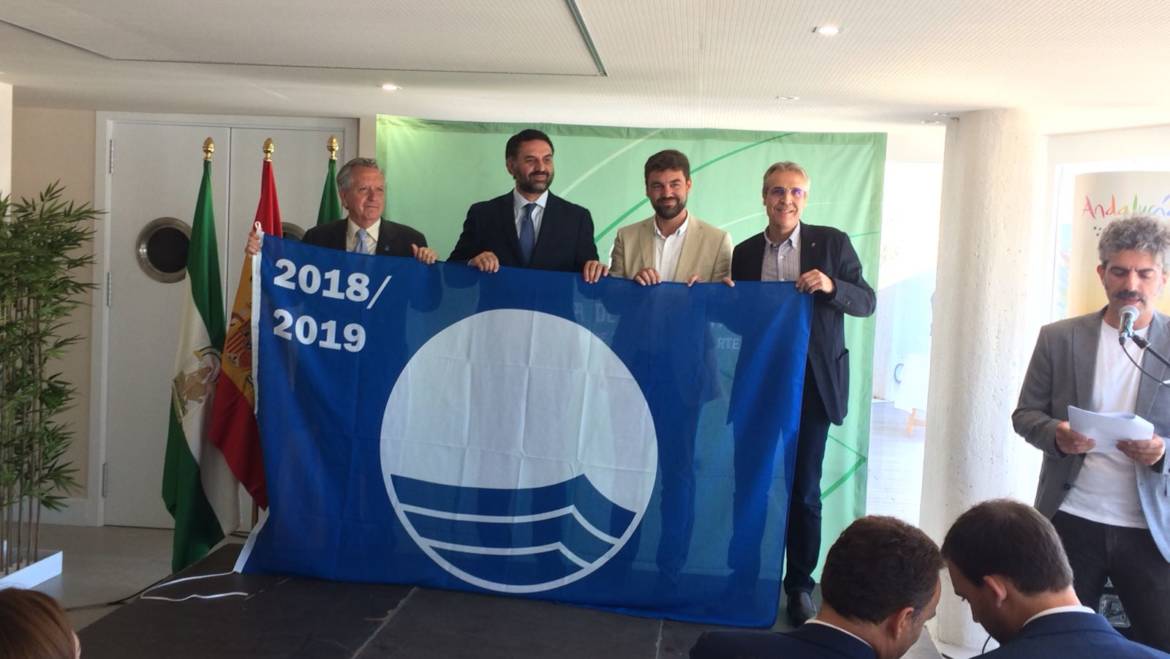 In a few days the blue flags will wave in the three marinas of the Mediterranean Marine Group. The lifting of these recognitions is planned for the days 22 June, at the Port of Estepona; The 25 June, at the Port of La Duquesa (Manilva) and the 26 June in Marina del Este (Almuñecar).

After the hoisting of the blue flag, Marina del Este has organized a talk on the "Use and Rules of Navigation in the Natural Park of Maro Cerro Gordo", delivered by the Environment Delegation of the Almuñécar City Council.

It should be remembered that this award is awarded by the European Foundation for Environmental Education (Fee) and the Association of Environmental and Consumer Education (Adeac) more than 30 years in recognition of environmental quality and are awarded following a comprehensive analysis of ADEAC technicians on safety conditions in the facilities, environmental and water quality, sustainable management, the services offered to the user, social integration, as well as the dissemination and formative work of each port.

Andalusia is the third Spanish community in number of marinas that have received the blue flag with a total of sixteen, of which three are managed by Mediterranean Navies.

ACTS OF THE BLUE FLAG:

PORT OF THE DUQUESA