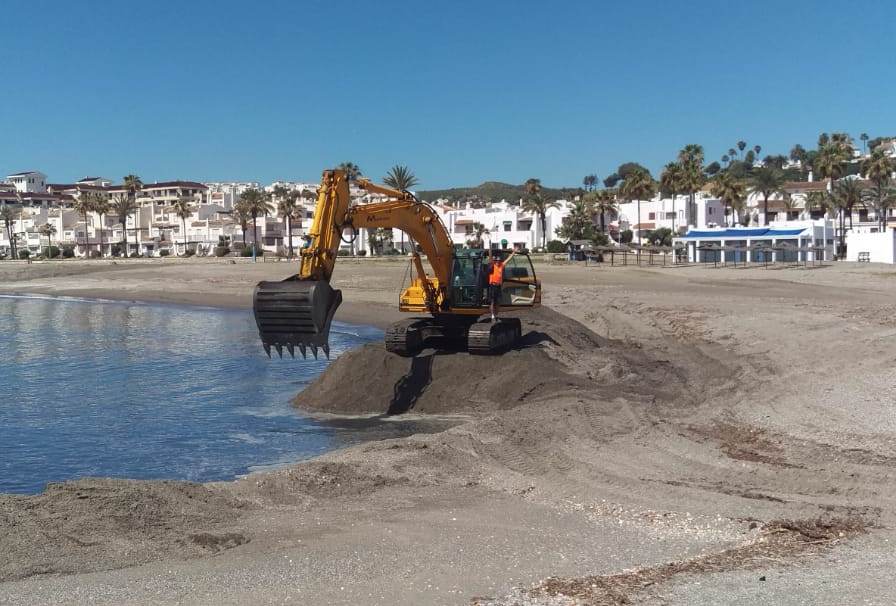 • The measure is covered by the title of concession of the management of the Port of La Duquesa and this year will involve an investment of 25.000 Euros

Mediterranean Marinas, company that manages the concession of the Marina de La Duquesa, in Manilva, dredging has begun in the mouth of the port as contemplated in the title of concession and which is carried out on a regular basis.

As reported by the chief operating officer of the Marines Del Mediterráneo Group, Alejandro Suanes, this time they're moving 6.000 m3 of sand from the contradique beach of the port to the beach of El Castillo, performance that is usually the norm.

This initiative that periodically carries out Mediterranean Navies provides a double benefit. On the one hand, the accumulation of sand in the mouth of the port and on the beach of the contradique is eliminated allowing the boats to access without problems of drafting. Secondly,, serves to regenerate the beach and alleviate the possible effects that the presence of the port may have in terms of loss of sand.

The approximate investment in this performance during this financial year has been estimated around the 25.000 is considered within the company's investment plan for the improvement of the port precinct and its environment. It should be remembered that Marinas del Mediterráneo undertakes different improvement and maintenance tasks in the port enclosures it manages in order to prevent possible inconveniences and maintain the quality offered to customers.